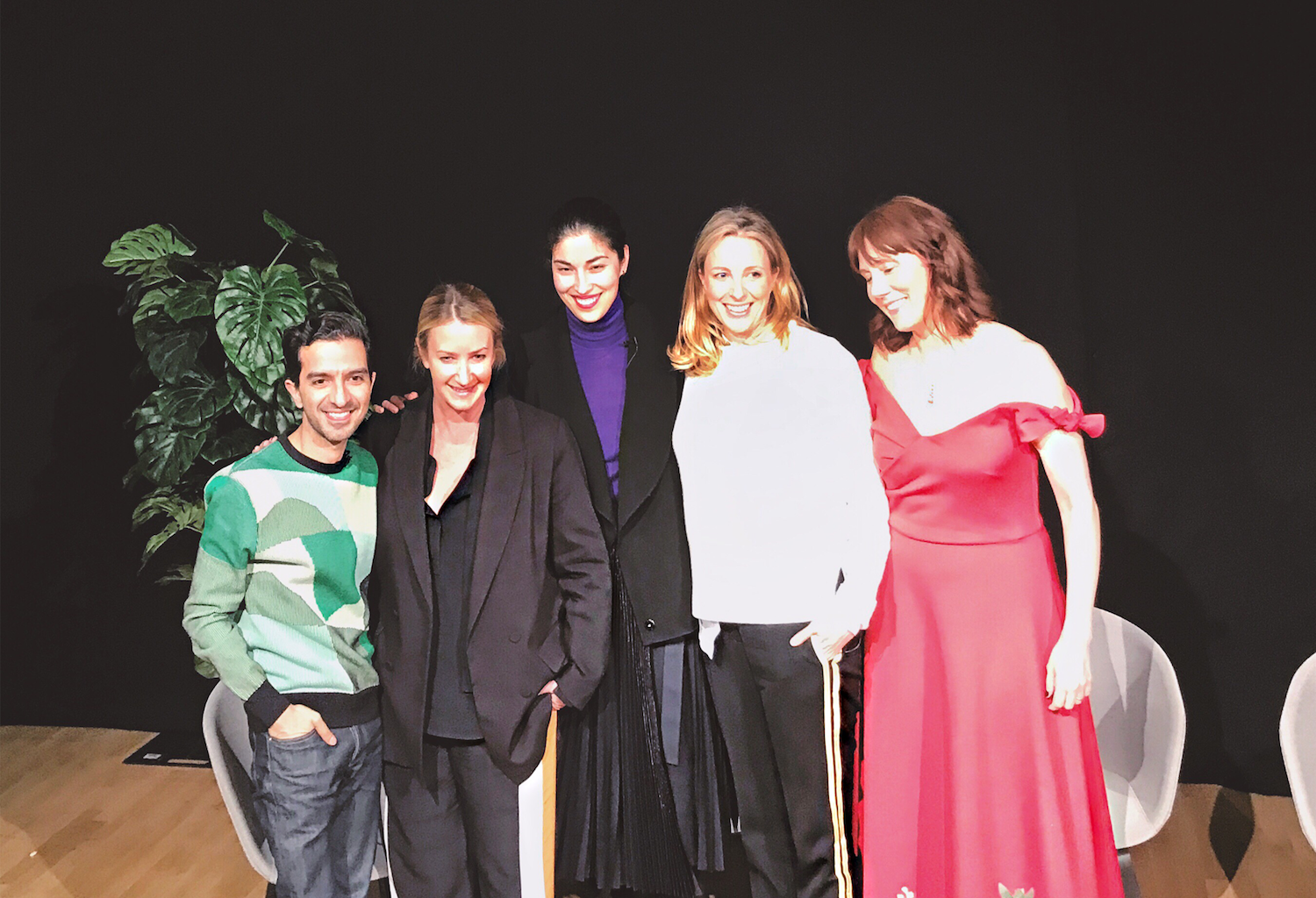 Business of Fashion – Inside The Industry

What does it take to land a job in fashion? This is a question that many fashionistas and especially students find difficult to answer. My answer a couple years ago was ambition and to go to the limit. Now knowing how the fashion industry works, I’d say money, contacts and time. This and many other points were discussed at the first Business of Fashion panel talk at Central Saint Martin last Wednesday. With tickets sold at only £10, it targeted students with burning questions on their fashion future career: How to build a career in fashion, the ups and downs of the fashion industry and on students’ struggles on how to land a job after graduation.

In collaboration with Topshop, Imran Ahmed, founder of the Business of Fashion interviewed a variety of fashion professionals: Caroline Issa, chief executive and fashion director at Tank Magazine, Founder of the famous handbag brand Anya Hindmarch in persona, Stephanie Phair, chief strategy officer at Farfetch, and Jenny Cossons, head of brand partnerships at Lyst. With each of them having a different role in fashion, they shared their stories of failure and success, how to deal with rejection and how they landed their dream job in a fast-paced fashion industry.

Having interviewed the fourth division of designers across the world I think Imran Amed is a great journalist and interviewer, who knows his questions very well. A heated discussion was the result, with many interesting points and issues being raised. When I left the event late Wednesday evening my head was full of doubts and thoughts. Where would I see myself in the fashion industry in ten years? And more interesting: If the issue of women being underrepresented in the fashion industry still exists, will there be ever a career ladder for me to climb?

Women in Fashion are underrepresented

“The research says that women are shown to be less assertive, less confident and less willing to say and ask what they want in order to be successful and grow. We need to support women and have them progress.” – Imran Amed.

Gender inequality in the fashion industry has been a major issue for years that has been lurking beneath the surface of glossy brands. As reported by Fashionista in 2012 ‘The Top 10 Highest Paid CEOS in Fashion’ were mainly men. Indeed, thinking about it the majority of big fashion houses that we know nowadays are owned by men. Old creepy men that decide on the makeup campaigns and products women are buying and wearing. Isn’t that absurd? Not only CEO’s but also big fashion houses like Christian Dior, Ralph Lauren and Yves Saint Laurent are led by men. Although Yves and Christian have passed away many years ago, the business of both, Dior and Yves Saint Laurent is run by male creative directors ever since. When Maria Grazia Chiuri broke the news last year to take over as the first female creative director for Dior after Raf Simons it was a wake-up call for many people. However, Yves Saint Laurent, for example, is still going down the old route and has appointed Anthony Vaccarello just last year. The question being raised is: What makes this inequality grow? I was surprised that the numbers of girl bosses in the fashion biz were so low. Looking at the Forbes 400 list in 2016, women in fashion were still heavily underrepresented. Considering this, I believe that’s an issue that shouldn’t exist in an industry that celebrates the values of equality, open-mindedness and cultural diversity.

You have to risk to climb the ladder

“You have to train yourself to not fear change. It’s crucial today. There are a lot of people that I see that like to do the same things for a long time, and it’s no longer a time that you can hide away and do [that],” – Caroline Issa.

Before I moved to London, I was someone who had always excuses. Excuses to not turn up to a party, excuses skipping an event – cause it might not be useful anyway. It was a disgusting habit and it probably killed many of my networking opportunities. What I’ve learned since I became a Londoner is that every job, from waitress to journalist and project manager comes with a risk. If you don’t risk it you might never know if it was good for you or not. A couple weeks ago I had the chance to join a small independent menswear company in Shoreditch and although I’ve been sceptical at first I gave it a try. It didn’t take long until I realised it wasn’t the right thing for me to do. I have been offered training in copywriting, but instead, I ended up taking social media pics the whole day. The reason they asked me to do it was because they’ve seen that I’ve done a lot Instagram shots for my current company and they valued me for my visual eye. Believe me, I get that whole Instagram focus life: keep it simple, in the frame and you’re good to go. I don’t hate it, but I also wouldn’t consider it my main talent. It wasn’t something I wanted to develop further, instead, I wanted to learn something new. In short, if you feel you’re not being challenged enough, just quit. Don’t say no first without checking out what other doors might open for you and give it a shot.

“The rise of the internet has opened so many more jobs than even five years ago.” – Stephanie Phair.

With the digital age, the creative job opportunities are rising. A job that wasn’t seen as a job five years ago, has become one today. Precisely a hobby that you’re probably dreaming of now, could become a job in the next two years. Sounds crazy right? A perfect example for this is the blogosphere. The first blog started in 1990 and was called ‘No good for me’. At that time the word advertising merely existed in the heads of bloggers and everyone was writing for the joy, what turned out to be a different type of diary that was shared with like-minded online. The digital media especially made this happen: We’ve got Overt and Covert Advertising – simply ads that are clearly noticed as ads vs the one’s that are hidden and not immediately ‘in your face’.

A perfect example for this is the blogosphere. The first fashion blog was created in 2003 by an American woman to document her daily style and was called ‘Nogoodforme’ (Rocamora). At that time the word advertising merely existed in the heads of bloggers and everyone was writing for themselves, what turned out to be a digital diary that was shared with like-minded online. The digital media especially made this happen: We’ve got Overt and Covert Advertising, – simply ads that are clearly noticed as ads vs the one’s that are hidden and not immediately ‘in your face’. Over time, blogging wasn’t only about writing anymore, it became a go-to target for the advertising industry. What followed were bloggers combining different media formats, in order to max the readers experience on their website. Vlogs and podcasts came next. Another example is Instagram. No one would have imagined to one day work for a platform that share’s millions and millions of images daily around the world. But now? Well, I guess you would consider it.

With this in mind, we can conclude that more job opportunities are going to rise, especially in fashion. It could be in favour for future fashion professionals, who won’t need to fill in other’s shoes anymore, but some of the already existing positions could also develop. But hey we are the future: Everyday is a fashion show, but the world is our runway. Where do you see yourself in fashion? What are your thoughts on this issues?

Read the full article on the event on The Business of Fashion. 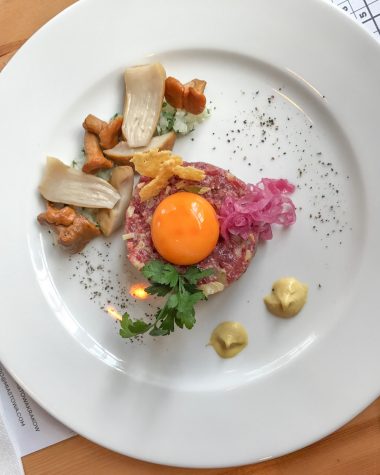 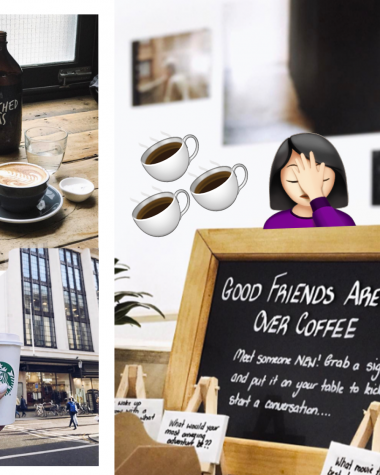 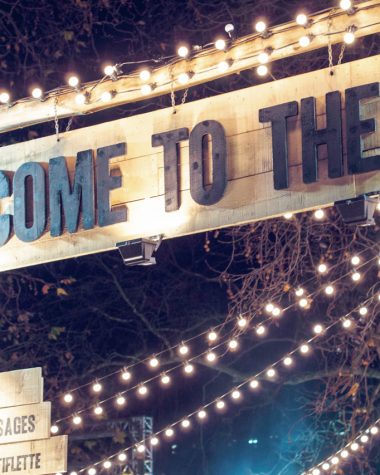 Bella
Last Friday I planned to checkout the Holiday Market that everyone was talking about for a while: Winter Wonderland.
0 Shares
0
0 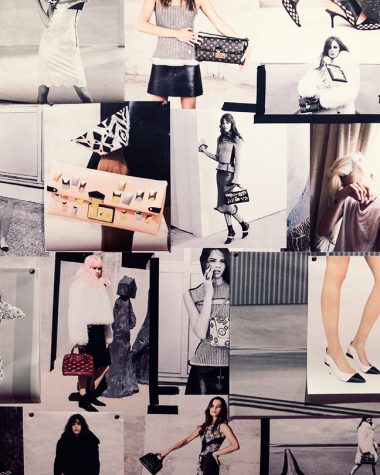 Bella
However there was one thing that I couldn't wait to share with you guys - that day when I had this amazing invitation in my mailbox: Louis Vuitton Series 3
0 Shares
0
0 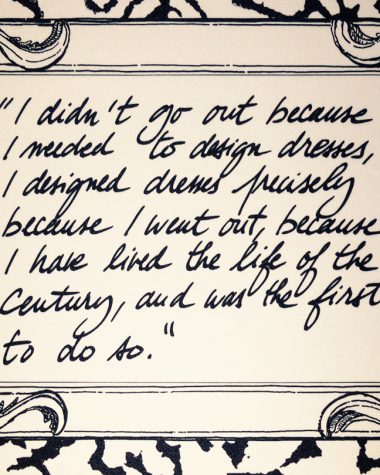 Bella
This month’s talk in the London fashion world concentrates on one exhibition: the CHANEL Mademoiselle Privé at the…
0 Shares
0
0 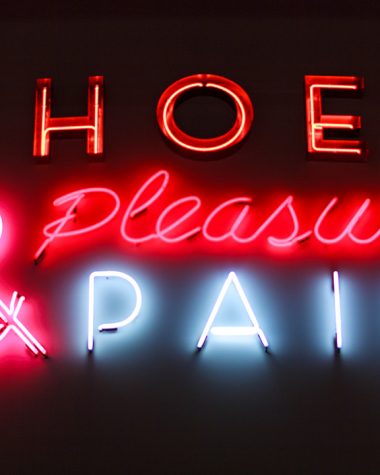 Bella
From LV Series 3 to LFW I was impressed by all, but none of them could beat a huge shoewear collection - It's all about Pleasure & Pain girls!
0 Shares
0
0 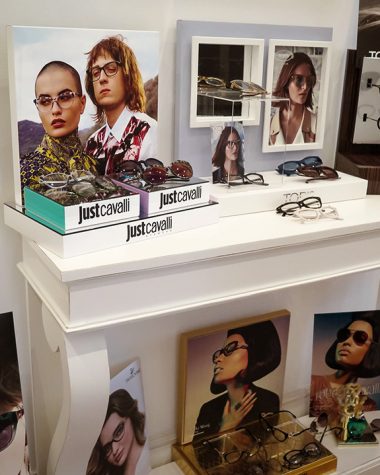 Bella
You know what I love most about this time of the year? Sure, the weather is great and sitting in my little garden, wearing sunglasses and enjoying the sun while writing the blogpost is a great moment, but there’s something else. The season change always comes along with new and inspiring trends. I was happy enough to be invited to a pressday hosted by Relationsroom to check out some of the upcoming trends.
0 Shares
0
0 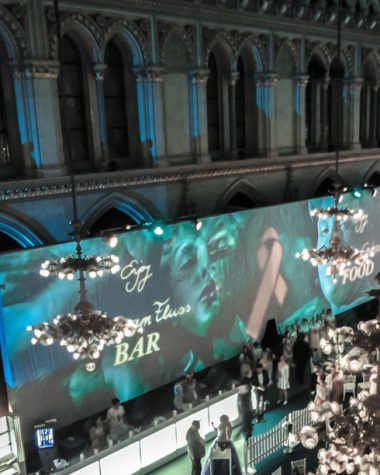 Bella
So sad but it's true, it's over again. I had an amazing night at last nights life ball event and so much to tell about it.
0 Shares
0
0